You know what to do when a decision has to be made. A round of Rock, Paper, Scissors! Decide, who has to take out the trash, do the dishes or gets the last coke with this game. But there is more! Long game series require tactic and psychology! Can you read the mind of your opponent?

At the first start you can see the order in which the symbols beat each other. Choose your first symbol there.

Beat your opponent five times to win a game.

In each round, every player chooses a symbol, the stronger one wins and the corresponding player gets a point. When both players choose the same symbol, nobody gets a point. The first player with 5 points wins the game. 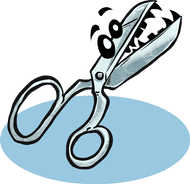 To add a bit tactic, you can see the history of your played rounds. If your opponent tends to use mostly stone, you can see this here.
And as a very special highlight you can unlock a turn forecast. Since this requires some data to evaluate, you have to play s few games first. The forecast will give you percentages of how likely your opponent will use each symbol in the next round. To see it just scroll up the history, beyond the last entry.
The numbers on your own symbols

show, how likely this symbol will not lose the next round (this means win or draw). 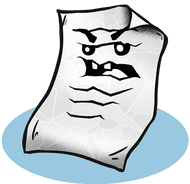 Whoever has 5 points first, wins the game.

Both symbols are played simultaneously, so every player can choose a symbol, no matter who started the revenge.