The famous Rock-Paper-Scissors-Well as a board game.

This is the starting grid: 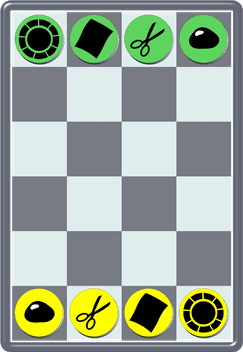 Each player is equipped with the 4 tokens stone, scissors, paper, and well on his baseline.

Both players move one of their tokens in turns one square in any direction (including diagonally or backwards – just like the king at Chess): 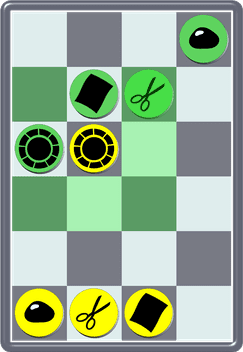 Is defined by the known rules:

The player, who lost the game, can make the first move of the next game.