Multiplayer
Wordgames
To the game

WORDZ - the fast game with words.
Who finds the most?

Choose one of the colors.
And the game will start!

Try to form long and unique words to get a high score and avoid doublings with your opponents.

The letters on the playing field are connected by pink lines (

). You have to use them to form words.
Careful: you can only connect letters, that are linked by a line and you need to connect at least 3 letters!

All players have the same letters, so nobody has an advantage.

You can use one letter multiple times, but you have to put another letter in between.

In this example you could play the word "POLO". Start with the P on the right side, move to the O in the middle, down to the L and back again to the O.

To form a word slide your finger across the letters. The game will mark every possible letter you can go on with. As soon as your word is complete, lift your finger off the screen and the word will be submitted. 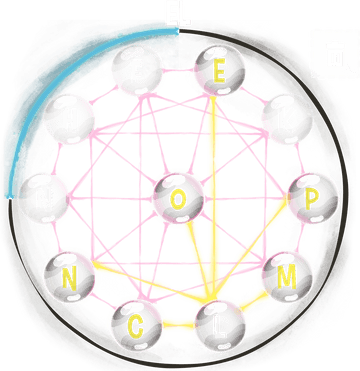 E and L were already selected, right now the finger is pressing on L. You can go on with C, N, O, P or M. Or you can go backwards to E.

Made a mistake? Just move your finger - without lifting - to the little garbage can and the word will be deleted.

Every player has 2 minutes time to find as many words as possible. The remaining time is shown in the lower right screen corner. Additionally it is illustrated by the blue circle around the letters. So you can easily keep an eye on it!

When all players finished their turns, the results are shown.
You start with the score of all words you entered. For every word that does not count you will lose points.

Submitted by only one player

You do not believe your opponents played fair? Just tap on a word and see which letters were used to form it!

ALOS
The yellow player submitted "ALOS", which is not an existing word. Therefore it is deleted and marked red. Each player only sees his/her own non-existent words.

CHEF
Two players submitted "CHEF". So it does not count at all. It is deleted and marked gray.

GIFT, BRIEF and HANDY
These words were submitted by only one player. So they get the respective points. Yellow gets 3 points for a four letter word. And Green and Blue 6 points for five letters.

As soon as all words were analyzed, the player with the highest score wins!

Hint: Most of the times the player with some long and unique words will win, rather than many 3 letter words collectors.

All players can make their first move simultaneously. So the player who starts the revenge can always make a move.