High Sea Battle is a sea fight between pirates and traders. Both are trying to destroy the enemy fleet.

Choose your fraction! Your opponent will play the other side. 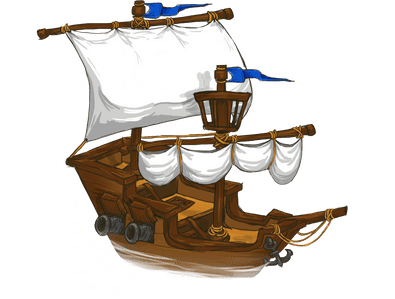 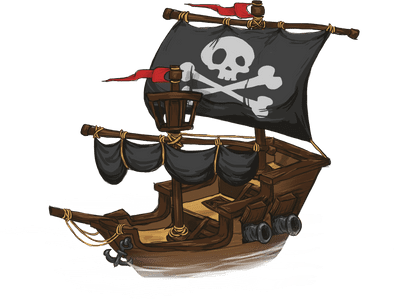 Defeat the enemy fleet before all your ships sunk.

Both fleets contain the same ships. So your opponent has to place the same ships as you.
Your ships start in a random formation. To reshuffle it, tapclick the arrow button

. Once you're satisfied with the formation, tapclick the check mark button

.
The formation follows this rule: Ships may not touch each other! This means, between ships always is a tile of water - vertically, horizontally and also diagonally!

You play in turns.
In every turn you can shoot at least three times.

A sunken ship will appear on your radar. If a hit is marked with a fire, there are still intact parts of this ship. You need to hit every part to sink it.
A hit gives you an additional shot for the current round.

If you miss, your canon ball lands in water

. It stays there as marker, that you checked this field already.
You can look at your fleet anytime. Just tapclick the button with the two arrows

in the lower right.
When you used up your cannon balls, it's your opponent's turn.
The i button

in the lower left shows you an overview of both fleets.

As soon as one fleet was defeated completely, the game ends. The fleet with remaining ships wins the game!

All players can make their formation simultaneously. The player, who lost the last game, starts the new game.