Everybody knows this card game for 2 to 6 players! But maybe not everybody uses the same rules, so better read them, before you start.

Every player gets 7 cards. The remaining cards form the drawing pile. The top card is revealed and starts the discard pile.

Discard all your cards before any other player does. The winner gets the remaining cards of all opponents as points.

You play in turns. When it's your turn, discard a matching card or draw a new card.
You can discard a card if its color or value fits the top card of the discard pile.

When no special card was played, you can always choose to draw a new card instead of discarding one! If the new card would fit the top card, you can decide to play it right away. 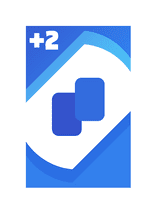 Draw 2
The next player has to draw 2 cards instead of discarding one. If they have a Draw 2 or Draw 4 card, they can play this instead. The penalty is added and reached over to the next player in line. The first player, who cannot add a Draw card, will have to draw the sum of all played cards and end their turn. 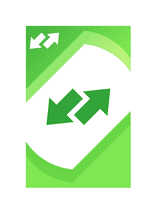 Change Direction
This card is removed for 2 player games. It changes the direction of the game, so the player, who played a card last, is the next to play again. 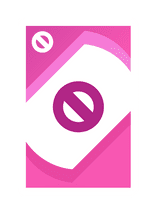 Skip Turn
This card cannot be stacked. When played, the next player has to skip their turn. 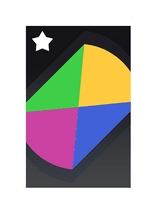 Color Change
This card can be played on every color. When playing it, you can wish for a color. The next player has to serve this color. 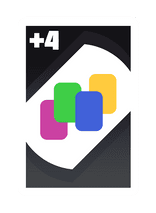 Draw 4
This is the mightiest card in the game! You can play it on every color and wish for a new color. The next player has to draw 4 new cards and end their turn. If the next player has a Draw 4 card, too, they can play this instead. The penalty will be added and reached forward. The first player, who cannot add a Draw 4 card will have to draw the sum of all played cards and end their turn.

When you play your penultimate card, you have to announce it. TapClick on the "say una" button before or directly after discarding your penultimate card. If you forget this and the next player notices, you have to draw 2 cards as penalty. If they don't notice, you are lucky!
If your predecessor forgot to announce it, you can tapclick the "forgot una" button and they have to draw 2 penalty cards!

If you win the game, you get 50 extra points and points for all cards remaining on your opponent's hands.
For 0 to 9 you get points according to the card value.
Draw 2, Change Direction and Skip Turn are worth 20 points.
Change Color and Draw 4 grant you 50 points each.

As soon as the first player discards their last card, the game ends.

The player next to the last starting player starts the revenge, so everybody can start sometimes.